Warning: Attempt to read property "user_firstname" on null in /home/trondstidkontrollcom1141/public_html/prod/wp-content/plugins/social-share-buttons-by-supsystic/src/SocialSharing/Core/Module.php on line 107

Warning: Attempt to read property "user_lastname" on null in /home/trondstidkontrollcom1141/public_html/prod/wp-content/plugins/social-share-buttons-by-supsystic/src/SocialSharing/Core/Module.php on line 107 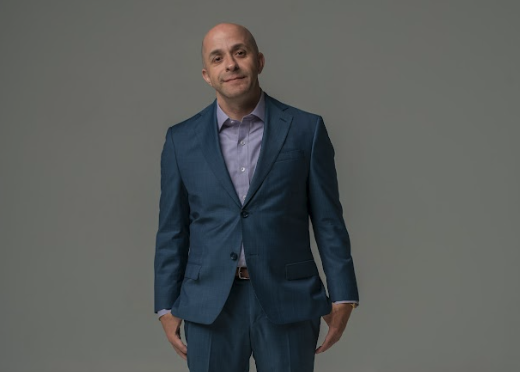 Filing for bankruptcy can feel like the end of the world. However, some entrepreneurs managed to rise out of bankruptcy to earn millions. We had the chance to talk to an entrepreneur who endured the hardship of bankruptcy to financially recover by building one of the leading real estate agencies in Dallas.

Chris D. Bentley is an award-winning real estate Broker and founder of the Bentley Fine Properties. He is a Dallas Real Estate expert with a series of awards on his belt that includes:

Bentley is also a 4x published author and a Certified Luxury Home Marketing Specialist – CLHMS. He has gained popularity through his social media posts and videos. So far, Bentley has 150+ videos on Youtube and 19+ podcast interviews.

There are two times in Bentley’s life when he had to file for bankruptcy due to his line of work. The last time he filed for bankruptcy, he spent all his money buying leads for his business. Bentley had signed up for an online lead program and got delisted from google. He had $22,000 in debt and was about to access his newly leased BMW. Bentley did not give up at that point in life because of the situation. Instead, he looked for ways to make income, such as flipping houses.

Bentley believes that failure is not fatal for entrepreneurs and business owners. He believes in looking out for opportunities and going above and beyond to start your business.

Bentley spent most of his time utilizing social media and networking to get out of bankruptcy. He would attend every networking event related to real estate. Unlike most realtors at the time, Bentley saw an opportunity in digital marketing and spent most of his money looking for leads online. Bentley also built a social media profile where he engaged with his target clients.

Bentley admits that building his business from scratch took a lot of time and sacrifice. He states that entrepreneurship is not as glamorized as people see on tv, with entrepreneurs hanging out with girls on a yacht and drinking their days away. Instead, entrepreneurship is a lonely experience as you may have to spend most of your weekends working instead of watching football. However, the financial reward comes with entrepreneurship plus recognition, especially when you do something outstanding.

Bentley advises people who are interested in pursuing entrepreneurship to plan their finances. He says that if you can start the business as a side-hassle, you should do so instead of quitting your job and jumping in with both feet. Having a flow of income from your job can significantly cushion you from the risk of bankruptcy.

Although the journey was not easy, Bentley has managed to build one of the most successful real estate agencies in the Dallas area. He has closed a series of multi-million dollar deals and has helped hundreds of clients get their dream homes. You can check out Bentley on his Youtube channel. Be sure to check out his website as well for more.

Guide To Renovating Your Rental Apartment

Expert Home Shopping Tip to Help You Save Money Each Month

Where to Find Low Cost Additions for Your Personal Home Workshop

Save Money on Home Remodeling Projects by Following These Tips